A couple of years ago, I had my worst experience with Styrofoam. I was travelling from Islamabad to Karachi (its a 24 hour journey by bus) with my parents. We bought some rice from a famous restaurant at I guess 9:00 am. That particular restaurant opened at 9:00 am. Well, we had no idea. We chose to take our food in Styrofoam boxes for convenience. When I opened the box at noon, I observed that they just heated the already packed food from yesterday. Till night, the Styrofoam became moist and started breaking from every where. It was a very uncomfortable situation. I could also spot pieces of foam in the rice. Well, we did ate that but the thought of taking in toxic plastic still haunts me!!

Styrofoam is the trade name of polystyrene foam. In United States, polystyrene is the 6th largest source of hazardous waste. Polystyrene is composed of styrene and benzene, both of which are known human carcinogens. Therefore, heating food in Styrofoam must be strictly avoided as it leads to release of harmful chemicals into food.

Moreover, the process of generation of this polymer is energy intensive.

How can I reduce my consumption of styrofoam?

We can take some measures at personal level to avoid the use of these toxic polymers, which include:
1- Avoid buying meat products and other products using Styrofoam. For instance, meat can be bought directly from butcher.
2- Bringing your own containers for takeout food from restaurants (something we know but never do!).
3- Using reusable dishes instead of disposable Styrofoam cups, plates, and boxes.

How can I reuse waste Styrofoam?

There are several ways through which we can reuse Styrofoam for home items. Some of these methods include using it as filler for beanbag chairs and pillows, making models, packaging, making a palette for paints, and insulation.

Serve with french fries or pasta and enjoy!!

She found her lips curling up as she rattled the keys in her hand. Somehow, the rattling sound was giving her a sense of ownership and happiness, something she never felt before. She carefully observed the silver key chain in her hand.

“When did I get it?”, she thought to herself.

The key chain was a gift from her uncle that she received when she was 19 years old. At that time she thought of it as a souvenir from France that she had no reason to bring in use as she didn’t have any keys for the key-chain to hold. But, now things had changed. Just by looking at the keys, she could see how much she had matured over the past few years.

From an aimless girl to a strong one.

From a person who never cared about her clothing to a relatively sophisticated one.

From someone who never believed in herself to a confident one.

She was now a senior student with a job as well as the responsibility of her workplace.

“I hope I can protect what I have and perform my duties well!”, she thought to herself.

“So this was the key-chains destiny” 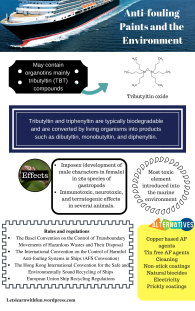 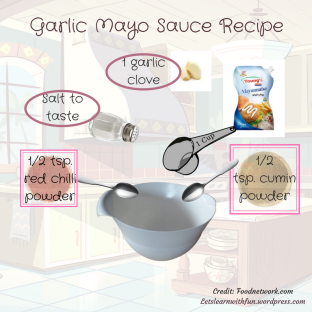 Sorry, I know this post is all about science, but I thought it could help some people who don’t know about this analytical technique (like me).

ICP-AES can detect more than 70 elements and offers several advantages over other techniques such as Atomic Absorption Spectroscopy. Some of these advantages include:

Figure 1: Elements of the periodic table which can be analyzed using ICP-AES (Charles & Ferdeen, 1997).

Figure 2: Steps in analysis of samples by ICP-AES (Agilent technologies, 1999).

Test sample is pumped into a nebulizer, where it is converted into a fine aerosol spray by a stream of argon (Ar) gas. This aerosol enters the plasma through inner tube of the plasma torch. 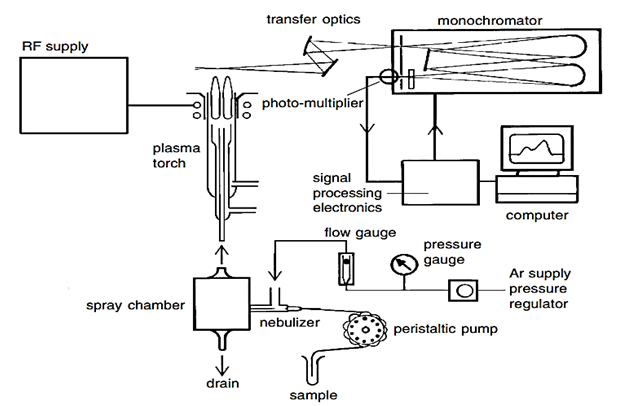 Following steps are involved in the generation of ICP:

As mentioned above, in ICP-AES, light emitted by the excited atoms and ions in the plasma is measured to determine the composition of test sample. On the basis of mode of operation, ICP-AES can be divided into two types, which are simultaneous and sequential instruments. Simultaneous instruments detect several spectral lines simultaneously using a polychromater with a detector for each spectral lines. Sequential instruments are relatively more suited for laboratories as they allow the freedom of selection of a set of analytical wavelengths using some monochromater (Agilent technologies, 1999).

Both these types of ICP-AES instruments use focusing optics, a grating spectrometer and a detector. Focusing optics (lenses or mirrors) collect and focus the light emitted from the plasma onto the entrance slit of spectrometer. A grating spectrometer then generates a spectrum of the focused light so that the intensity of light can be measured at very precisely defined wavelengths. Specific wavelengths are then detected using photo-sensitive detectors such as photo-multiplier tube (PMT), charge-induction device (CID), or charge-coupled device (CCD) (Charles & Ferdeen, 1997).

Computers are used to perform several functions such as background correction, preparation of calibration graphs, calculation and analysis of results. These are also used to access databases and control the instrument (Agilent technologies, 1999).

Some of the applications of this technique have been listed in the following table (Agilent technologies, 1999):

Assalam, hi, anneyonhaseyo, konnichiwa and sawatdikap! So..Umm..I don’t know where to begin…I have so much to say and I don’t know if anybody cares about it or not…but I thought I should offer my explanation for not posting anything in a while by writing a post for the coming year. So, first of all happy new year! May God help you in achieving all your rightful aims and wishes!

Where to begin?? I think I should first thank the people who followed me during my hibernation period 😛 @christiannamony @lauramariewriter @Pakbazaar @softkittypurpurpur

Here are few of the things I did last year;

P.S: Reading subtitles has ruined my english. These days I say things like “Don’t remember. Long ago.” Huh! Also, I feel like a kid today. I know its a very childish post.

I was preparing for Atmospheric Chemistry’s exam when this question popped up in my mind. So, first of all, I hope you all know about our beloved Carbon Cycle. You should also know that carbon dioxide is a major greenhouse gas and recently its concentration in atmosphere has increased to 400ppm mainly due to human activities.

In some areas where temperature increases due to climate change, there will be an increase in respiration by plants and this will reduce carbon storage in plants, releasing more carbon dioxide to the atmosphere (positive feedback). Though, in other areas where decrease in temperature occurs, the period of photosynthesis will increase as respiration will be slow, thus carbon will be stored from atmosphere (negative feedback). More carbon dioxide concentrations also support higher rate of photosynthesis.

2. Ocean Feedbacks
CO2 is far more soluble in colder water than in warmer water, thus warmer sea surface temperatures will affect the oceans’ ability to dissolve CO2 and their carbon chemistry. A warmer ocean might cause dissolved organic carbon to decompose faster and convert to CO2, reducing the amount of atmospheric CO2 that can be absorbed by the oceans (a positive feedback). Warming might also cause a decrease in the extent of sea ice, which could increase plankton and other marine growth in high-latitude regions. This would result in a greater uptake of atmospheric CO2, thereby acting as a negative feedback (Read more here).

Evidence exists that the relationship between climate change and carbon cycle will be very important in the future for determining emissions and carbon dioxide concentrations in the atmosphere.